WORLD TRIGGER is Finally Coming Back This Month!

God must be real because one of the most masterfully crafted shonen series is finally making a return. WORLD TRIGGER has been on hiatus for nearly two years, leaving fans worried for its future. Series author Daisuke Ashihara suffered a variety of medical ailments that harmed his ability to work. Today, he announced the series is coming back.

In September of 2014, Ashihara took a week off to undergo treatment for cervical spondylosis. This condition harms the neck area of the spinal column, making something like designing detailed manga panels nearly impossible. Over the next two years, Ashihara periodically took short breaks to undergo treatment for his condition. Eventually, in November of 2016, Ashihara announced his health was deteriorating, and the manga went into indefinite hiatus. The anime adaptation of the series ended soon after. With the manga being the only source material, the anime ended with a rushed conclusion.

For fans, this was devastating. As a lot of anime and manga fans know, good authors create bonds with readers. Hearing about Ashihara’s medical complications is more harmful than just WORLD TRIGGER stopping. It becomes a matter of an incredibly creative mind being hampered. For a series this good, any obstruction to its absolute glory is a shame.

One of the Greatest Shonen of all Time

WORLD TRIGGER is, without a doubt, my favorite shonen anime of all time. In terms of quality, it rivals nearly any other example. “Big Three” series like NARUTO or BLEACH are light-years away from WORLD TRIGGER’s power scaling, character development, and plot. In this fantasy series, strange enemies called Neighbors enter the human world through portals. They utilize an advanced energy source called Trion to battle and outclass traditional weaponry. Eventually, however, humanity reverse engineered Neighbor weapons to create tools of their own. 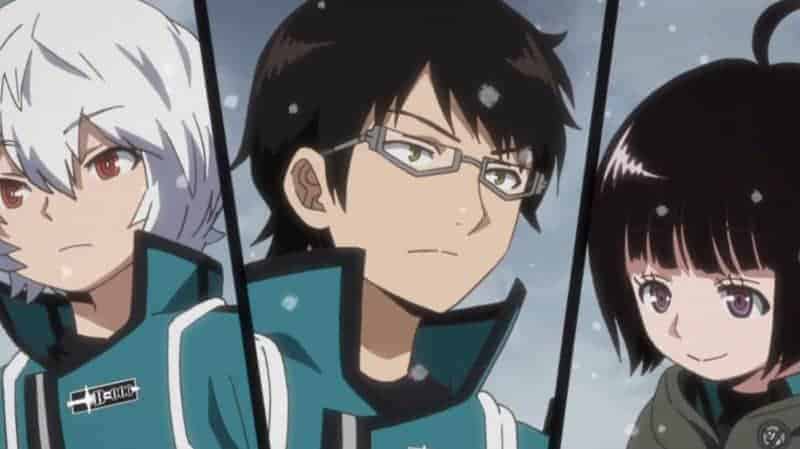 The show follows Osamu Mikumo and several of his friends as they fight Neighbors. Within this, the show crafts superb storylines following the complex politics of human-Neighbor relations. Even more, the action that leads up to each conflict is pristine. Fighting is crisp, animation fantastic, and characters compelling. Osamu, unlike a lot of shonen protagonists, is not overpowered. He and his friends lose, and often. Rather than overwhelming enemies with brute force, “winning” in WORLD TRIGGER comes from meticulous planning and execution. Tactics are important, and systems of power are well-structured.

This makes the anime and the manga so amazing. While the former suffered from issues of speed and structure, that was only due to hiatus and uncertain futures. Now that everything is returning, that problem will likely be less of an issue.

The Return of WORLD TRIGGER!

“I have been preparing gradually for quite some time, it is finally decided that you can read the continuation of the story. I deeply appreciate for the editorial departments of Jump and Jump Square who have assisted me in various ways, and for the fans who have given me continuous support even during my absence. Taking care of my health, I’ll do my best. Thank you.”

The manga will get five chapters in Weekly Shonen Jump from October 29th until November 26th. After that, it will move to Jump Square on December 4th for its January 2019 issue. On top of that, we’re getting a standalone volume on December 4th as well.

This is a huge announcement, and a great day for WORLD TRIGGER fans. For those looking for our thoughts on what was and is a fantastic series, you can read our retrospective here.