VLADLOVE continues to build momentum for it’s release in Spring 2020. Intitally announced in a press conference held back in July, the series is helmed by Mamoru Oshii of GHOST IN THE SHELL (1995) fame. Oshii, whose office title is creator and chief director, aims to tell tells the story of a romance between vampire girl Mai and a highschool girl. Through VLADLOVE, he states that he wants to “seriously tackle a story centering on a girl-meets-girl concept.” The 12-episode series will be a slapstick comedy, featuring no dudes and focusing on five girls. That’s all that we really know so far about the anime.

We do, however, have new promotional art. The assembled idol group, BlooDye, released CD jacket visuals for the opening song. The two images are the first morsels of promotional art for the series since July’s press conference. 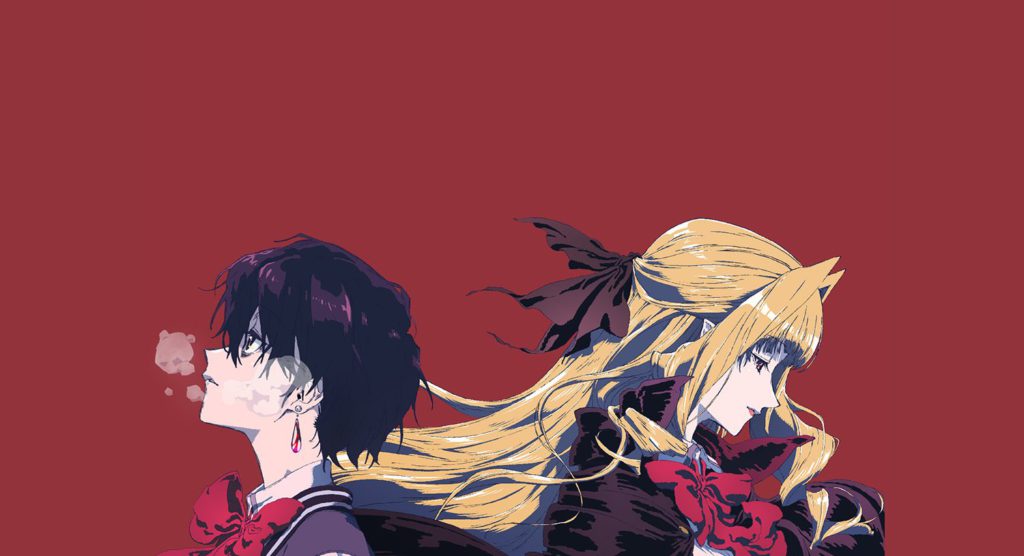 BlooDye performed the opening song at said press conference, too, so we’ve already heard it. In general, it’s pretty standard for a pop anime opening song, nothing earth-shattering or outstanding. By that, I mean it would fit perfectly as an opening for any action anime. It’s generic enough and fast-paced enough. I will note that “Kono Hoshi no Dokoka de” (Somewhere in This World) sets a rather dramatic mood. It’s a song that might open for ultra-Gothic VAMPIRE KNIGHT, than a light-hearted “girl-meets-girl” story.

In an advertising move, the production team assembled BlooDye from existing idol groups to serve as an “ambassador unit” for the anime. While I am excited for a serious lesbian story, I also think this marketing tactic gives foreboding hints about the target audience. There’s nothing inherently wrong with idols doing promotions for an anime. But let’s just note that most female J-pop idol fans are dudes. 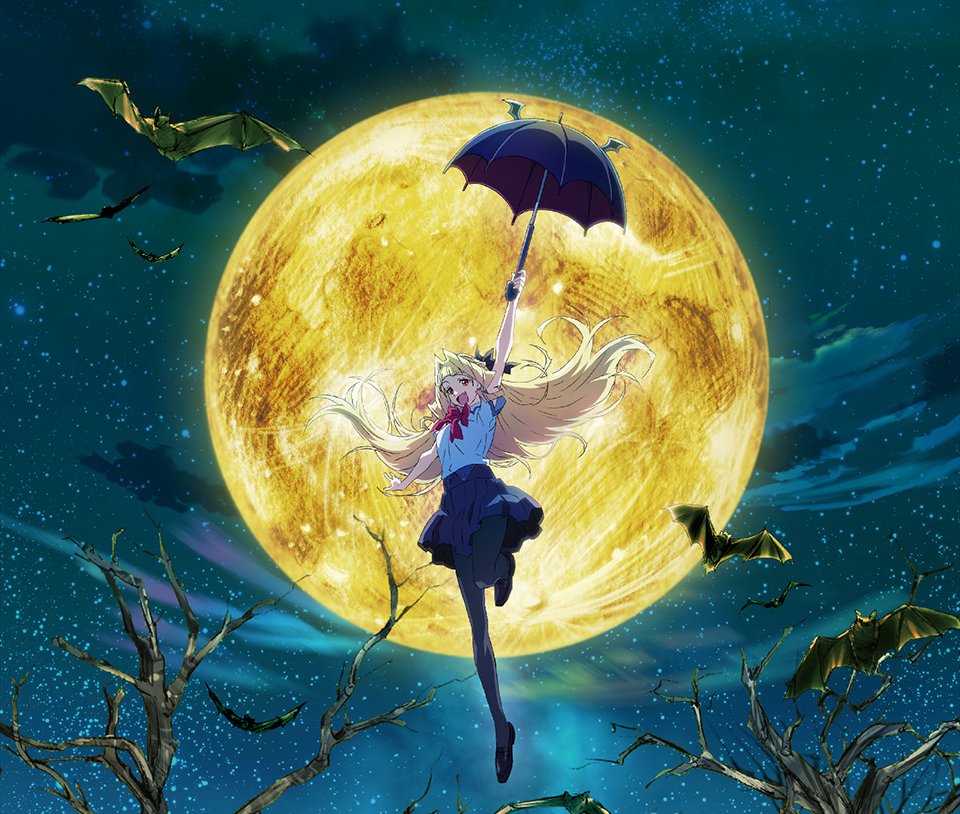 It’s not a reach to say that the creators are probably trying to attract a cis, heterosexual, dude audience for the anime, too. VLADLOVE, like many other Yuri and lesbian stories, may very well fall into the boring, yawning zone of just catering to guys. Trust me when I say it’s pretty clear exactly who an anime is speaking to when they try a lesbian romance. Case in point, Kunihiko Ikuhara (REVOLUTIONARY GIRL UTENA) created a Yuri story, YURIKUMA ARASHI, which was supposed to be an exploration of forbidden lesbian relationships and examining their taboos. However, Ikuhara buried whatever he tried to accomplish with hypersexual imagery that made no sense at times. 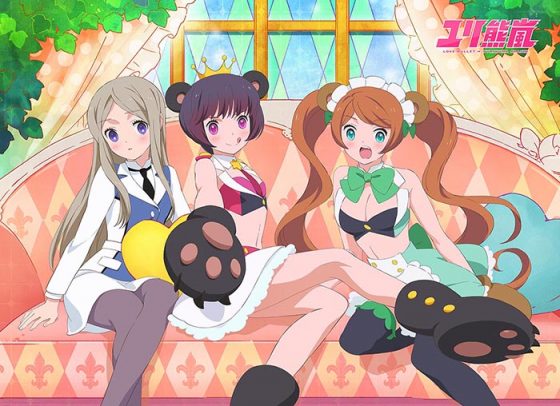 There’s an argument to be made that the hypersexual imagery is intentional. He could want us to explicitly feel the male gaze. And it could also be that all the lingerie and skimpy outfits are to make the audience reflect upon typical Yuri imagery. But in that case, Ikuhara needed to exaggerate even more. He needed to go all the way and then some with the lingerie, nakedness, and honey-licking. Otherwisewise, yeah, YURIKUMA ARASHI rests uncomfortably as a weird girl-on-girl fan service story for the guys.

Is there a happy medium where the girls and guys can both be into a lesbian story without it feeling dominated by male desire? Of course! KAKEGURUI is a very male-gaze driven anime with bouncing titties and pantyhose shots. Surprisingly, it also attracts a sizable queer female fan base, too. The queer ladies are really into an arguably canonical lesbian relationship between side characters, the student council president and her secretary. And as far as I can tell, it’s because KAKEGURUI fleshed out this lesbian relationship with compelling narrative developments and sincerity. 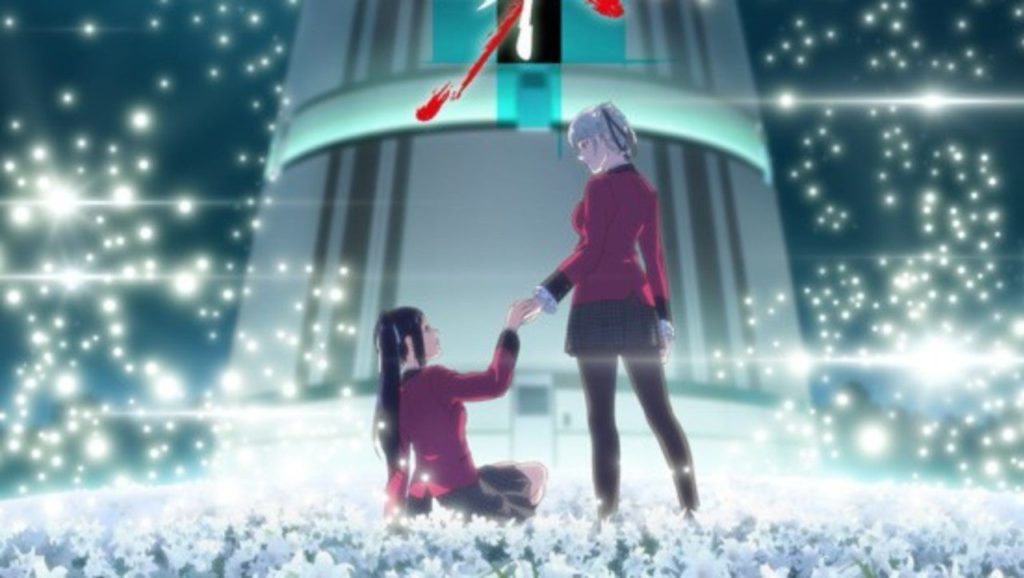 The above two examples are to say that I’m not looking for sexual purity or chasteness in VLADLOVE. If done correctly, a sexy, steamy lesbian romance can be a good time for a queer female audience. I also don’t think that a male audience spells doom for a good lesbian storyline. KAKEGURUI proves that you can have some weird in-between appeal to both guys and girls that somehow works. Whatever narrative path VLADLOVE takes, I just hope it will surprise us by being more than just for the dudes. Plausibly, you can have titty shots and a genuine, successful depiction of a lesbian relationship.

Oshii is also a really well-known director and he’s told the story of some amazing female characters in the past. GHOST IN THE SHELL (1995), after all, gave us the icon Matoko Kusanagi. The art too in GHOST IN THE SHELL is a creative feat and absolute eyecandy. The snippets of VLADLOVE promotional art give me hope that VLADLOVE’s art will be exciting, too. There’s something wonderfully defined and Gothic in the second image featuring the two leads. I really hope they keep that style with the strong shadows and dark colors in the actual TV show as well. We’ll have to wait until Spring 2020 to find out!

by Molly Barnewitz on September 27, 2018
If you love POP TEAM EPIC, make sure to celebrate the anime with POP TEAM EPIC Day at Kinokuniya, NY on October 1st, 2018.

by Jon Ellis on September 21, 2018
Check out a new game based on the popular manga series, KARAKURI CIRCUS!

by Matthew Karban on May 14, 2018
Viz Media, the anime/manga distribution company, is producing it's first ever anime called SEIS MANOS which takes place in Mexico!