On Saturday, November 9, the production committee for VIOLET EVERGARDEN: THE MOVIE rescheduled the film’s release. Originally, they planned to premiere on January 10, 2020. Now, the film will air on Friday, April 24, 2020. This change provides more time to Kyoto Animation to recover from their tragic fire earlier this year.

VIOLET EVERGARDEN centers on Violet Evergarden, an ex-soldier looking to reenter society. She takes a job as an “Auto Memory Doll,” which is a type of ghostwriter. Violet writes letters that change the lives of those around her. Meanwhile, she begins to address the issues of her past. The story started as a light novel series written by Kana Akatsuki and illustrated by Akiko Takase. Then, Kyoto Animation released a thirteen-episode anime adaptation on Netflix in 2018. These two formats, plus the previous side story and the movie to come, mark four ways to enjoy VIOLET EVERGARDEN.

A Reputation to Uphold

Often, good projects require extra time to complete. For Kyoto Animation, this extra time is more than just a quality boost. VIOLET EVERGARDEN has a standard to maintain, after all. KyoAni’s Netflix anime became well-known for its beautiful art and animation. To illustrate, the series won Best Animation at the 2019 Crunchyroll Anime Awards. It even beat other anime powerhouses like MOB PSYCHO 100. So KyoAni isn’t just trying to finish. They’re ensuring the movie can keep up with its predecessors.

Not only is the animation esteemed, VIOLET EVERGARDEN has a reputation for its story as well. The original light novel series won three grand prizes at the 2014 Kyoto Animation Awards. It received Best Scenario, Best Novel, and Best Manga. In fact, it was the first piece of work in Kyoto Animation Award history to win all three awards. Its complex and nuanced story carries a lot of weight to those who enjoy the series. 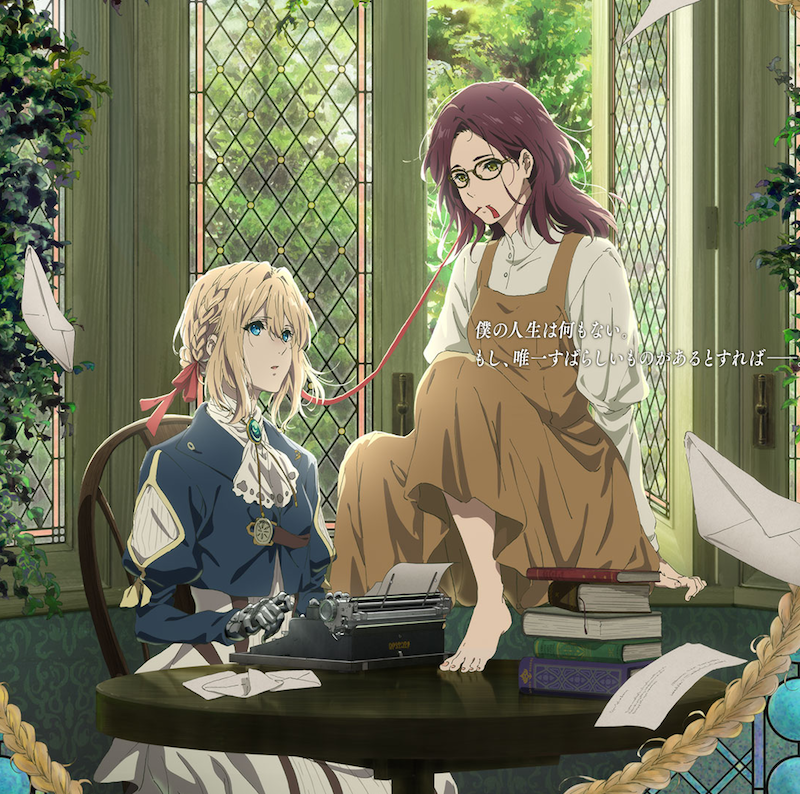 KyoAni has incredible pride in their work. We can see evidence of this in their treatment of the VIOLET EVERGARDEN side story, ETERNITY AND THE AUTO MEMORIES DOLL. They had planned to premiere the feature in August 2019. Despite the KyoAni fire happening in July, they still screened the premiere at the AnimagiC Convention in Germany on August 3 and 4. AnimagiC representatives stated it was at the express request of the studio. In September, the feature received its full release. While in theaters, it got continued renewals, extending the film’s showings for weeks. So not only did KyoAni persevere in their creation, it was a good enough story to warrant extra attention. They do what they can to produce the best possible content for their fans.

Since the fire, fans across the world have supported Kyoto Animation as best they can. The GoFundMe page, started by Sentai Filmworks, raised over two million dollars for KyoAni. This money went to support the victims and their families.

Media touches the lives of those who take it in. As such, KyoAni touched people with their anime, their beautiful art, and their powerful storytelling. VIOLET EVERGARDEN: THE MOVIE is KyoAni’s next way of giving back. Particularly, giving back to those who lent them so much support in the wake of disaster. 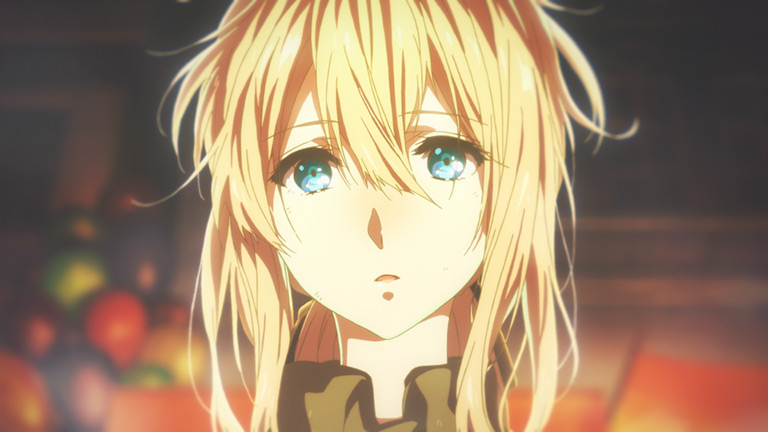 Both Violet and Kyoto Animation know what it means to start over. | Image: VIOLET EVERGARDEN website

In the original announcement, the studio aimed kind words at their supporters. They thanked the fans for their patience and stated their hope for continued support. And, as any good content creator would, they expressed their wish that fans will enjoy the movie when it arrives.

Ultimately, I hope the team behind VIOLET EVERGARDEN: THE MOVIE has the chance to produce a movie they are proud of. Whether it takes a month or a year, the fans will support the hard work that goes into creating the content we love.