THE WIZARD AND HIS FAIRY Vol. 1: Tropes as Old as Time

A colorful manga about fairies and magic with eye-catching character designs—what could go wrong, right? Unfortunately, THE WIZARD AND HIS FAIRY doesn’t live up to its flashy artwork.

This manga is definitely one you can’t judge by its cover. While the packaging (cover art, character designs, and soft line work) looks great, the story itself doesn’t deliver. THE WIZARD AND HIS FAIRY uses at least a dozen tired and old cliche shojo tropes.

Sti, a young fairy, travels with a troupe of performers who use her to rake in some cash until a wizard breaks up their performance. Nebelhaut (Nebel for short) steals Sti away, adding her to his collection of unique magical artifacts. The gentleman that he is, Nebel objectifies her and treats her like a plaything, truly believing that she’s his property. Despite his attitude, Sti grows fond of Nebel and accompanies him on various quests to collect more magical items. Along the way, Sti meets Schreyer, another traveling sorcerer with endless energy and optimism, and Kerze, Nebel’s clumsy servant.

Kerze in cat form. Hang in there! | Image: Kodansha Comics

By the end of the first volume, Sti finds herself at home in Nebel’s tower. She learns about magic and human emotions from Nebel, who enjoys messing with her while she learns. Sti’s dislike of Nebel turns to admiration when he rescues her, then blooms into a romance when she decides to give him the benefit of the doubt. Though he’s loathed to admit it, she does grow on him over time and Nebel finds himself enjoying her company more and more.

As I’ve mentioned, THE WIZARD AND HIS FAIRY has truly beautiful art. The cover alone is enough to make anyone curious about the series, with its skilled use of muted shades of blue, yellow, and indigo. The line work inside matches the aesthetic, creating a smooth, soft art style that flows like water. Sti comes to life between the panels with her dewy eyes and soft character design. Kerze and Nebel contrast Sti with sharper angles and dark palettes, but the contrast is nice and crisp instead of harsh. The two styles mesh together nicely without clashing. 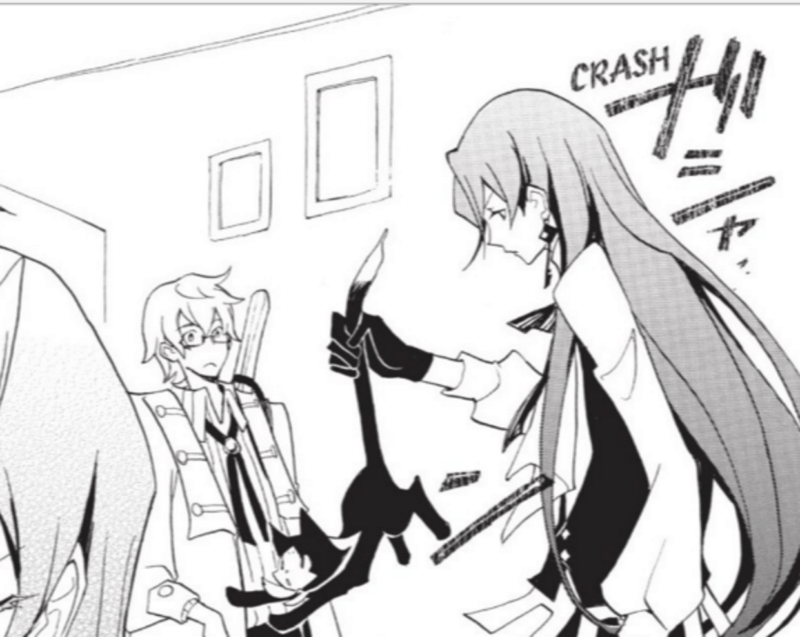 The backgrounds also help keep a nice balance in the art. While they’re not exactly filled with jaw-dropping depictions of grand forests and cities, they still show off the artist’s skills. For the most part, THE WIZARD AND HIS FAIRY takes place within Nebel’s magical moving tower. The environment isn’t too intricate; the backgrounds generally consist of shaded shapes, but they do the job well enough. The simplicity of the backgrounds prevents overcrowd panels, leaving room for the characters to stand out more.

While their designs are pleasing to the eye, Sti, Nebel, Kerze, and Schreyer are all one-dimensional characters who lack personality. As the comic relief, Kerze and Schreyer barely have any development. Schreyer shows up in Nebel’s tower, introducing himself briefly as a classmate of Nebel’s. He reappears at random and without reason, popping in only to annoy Nebel and offer Sti some out-of-character “sage” advice. Schreyer’s character doesn’t have any purpose other than to help smooth out Nebel’s personality and make him appear less cruel—and he fails at the job.

Kerze’s only claim to a personality is his blind devotion to serving Nebel and an unbreakable habit of constantly burning pancakes. He’s the embodiment of clumsiness itself, acting as a source for witty master-servant banter between him and Nebel. This kind of trope is tired, but like any cliché, it can work if used the right way. Unfortunately for Kerze, his character is just a trope. His cute mistakes don’t come across as comedic and they only serve to enhance Nebel’s already dislikable character.

Sti’s character falls flat as well. The damsel-in-distress trope overpowers any hopes of her developing a personality as Nebel continuously walks all over her. When she first met Nebel, Sti was defiant and made sure Nebel knew she wasn’t just a weak little girl. But this empowering scene goes completely out the window as Sti accepts her confinement and even begins excusing Nebel’s behavior. It’s truly disappointing because Sti had a lot of potential to become a strong, independent character. Instead, she relies on Nebel, and her only purpose in the story is to be his therapist. 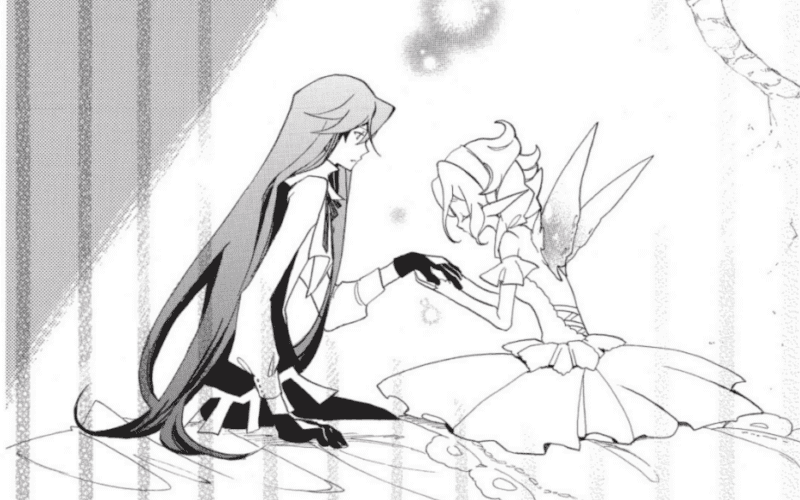 “Do not treat me as another one of your things, wizard.” | Image: Kodansha Comics

In scenes meant to show a “softer side” to his character, Nebel only comes across as cruel. Toward the beginning of the manga, Sti runs away from the tower (understandably) and Nebel finds her in tears. She explains that she wants to go home because she misses the forest and the beautiful butterflies she used to see there. Nebel uses his magic to create an illusion of butterflies floating around her and it’s clearly supposed to be a heartwarming scene where we realize that Nebel actually does have a heart. But his bitter words wash all of that away when he tells Sti to forget about home because she belongs in his collection now.

This could have been resolved if Nebel was developed better, but he never changes. He’s manipulative, conniving, and completely irredeemable. Despite his supposed growing affections for her, Nebel continues to emotionally and physically abuse Sti for his own entertainment, never displaying even a flicker of empathy. Schreyer’s advice to Sti is to look at the bigger picture because Nebel is a nice guy at heart, but I just don’t see it.

Each chapter details Sti’s relationship with Nebel, but not much else happens in the story outside of that. Very little is known about Nebel, his magic, or even the world itself. While some of the best stories do their world-building by showing instead of telling, THE WIZARD AND HIS FAIRY does neither of these things. Magic exists in this world, but it’s never explained or even addressed at all. As a result, the magical aspect feels like an accessory to the problematic and forced romance between Sti and Nebel.

What little magic the manga does describe feels unoriginal. Nebel’s tower is magic and it travels throughout their unnamed world. Sound familiar, Ghibli fans? But perhaps the biggest problem is Nebel’s servant, Kerze. Kerze is actually a candlestick that Nebel brought to life using magic. Kerze can switch between his human form and candlestick form, as well as a cat form (which makes little sense, but we’ll just roll with it). Take all of that into consideration and add in Sti, the captive damsel-in-distress, and Nebel’s beast-like personality, and it starts sounding a lot like a certain classic fairytale. At least the cat thing is sort of new.

THE WIZARD AND HIS FAIRY: Lost Potential

No work of art is entirely its own; everything draws inspiration from something else. But THE WIZARD AND HIS FAIRY takes too much from other stories and doesn’t add enough of its own unique flair. The manga feels a bit shallow, full of tropes and untapped potential. The side characters feel unnecessary and flat and the main characters are no better. They simply don’t have enough depth to make them likable and it’s difficult to feel any attachment to them.

THE WIZARD AND HIS FAIRY lacks a coherent plot and strong characters, but as a two-volume series, it’s not surprising that the story is mostly fluff. Even without a clear plot, it could have been saved if the characters were more fleshed out. Sti is the biggest loss for me. She had the potential to be a strong fairy who could put Nebel in his place. Maybe with a bit more focus on her, the attempts to soften Nebel’s character would have worked better.

However, the story does continue in a second volume. With a few more chapters to look forward to, I have hopes that Nebel might come around and realize his mistakes. He hasn’t shown signs of remorse thus far, but with Sti’s help, perhaps he’ll be able to see the bigger picture and understand how she feels. With a bigger focus on their individual personalities and world-building, THE WIZARD AND HIS FAIRY could have been a lot better. A little more elbow grease and some much-needed character development for Sti and Nebel in volume two could flip this series around.