Yes, I said it. Shonen is experiencing a bizarre gap wherein some of the best series are ending. At the same time, a lot of new, hard-hitting anime and manga are looking to take those spots.  Every shonen (marketed toward younger men) series wants to be the next NARUTO, or BLEACH. Now, it seems like we have yet another serious contender. RADIANT as a story is a great blend of a lot of aspects I’ve seen before. Initially, this was a huge worry. After all, a manga series that simply rehashes the minutia from a handful of other similar ones isn’t compelling at all. But, RADIANT has a niche. Unlike a lot of other shonen nowadays, the show has an almost immediate appeal toward questions of ethics with its villains. This is indeed a wizard manga series, but wizardry is a lot more than pure fantasy.

Using magic in RADIANT isn’t a matter of simply wanting to. In the series, terrifying monsters called Nemesis are the main opponents and justification for wizards existing. This is because an ordinary human being will suffer a terrifying death after contact with a nemesis. Wizards, however, have the unique ability to come into contact with the monsters without dying. This makes them the only people who are capable of taking them down. Even more, these special humans have the ability to channel the mysterious energy called Fantasia. Like any wizard in, say, a Western-style series, they can use wands and spells. They even use broomsticks as a mode of travel.

But, the series has an anime flair too with flashy attacks and nice looking combat. RADIANT has an interesting origin as a French story turned manga. The blending of multiple storytelling and narrative styles make it what you need to be reading.

RADIANT’S protagonist follows some of the standard shonen frameworks. He is strong but relatively inexperienced. His bravery and resolve are perhaps only outdone by occasional stupidity. More than anything, he has the characteristic youthful desire to make something of himself in the world. Where RADIANT carves its niche apart from many homogeneous protagonists in the genre is the ethical and broad lenses of how Seth sees and interacts with the world. Imagine the worldwide impacts of worlds like FAIRY TAIL with a bit of a deeper focus on the social conditions that accompany them. The consistency with other protagonists may seem to be a detriment yet, in reality, its something good. RADIANT made notable improvements to the standard “budding wizard” model that made considerably more compelling than someone like Asta from BLACK CLOVER. 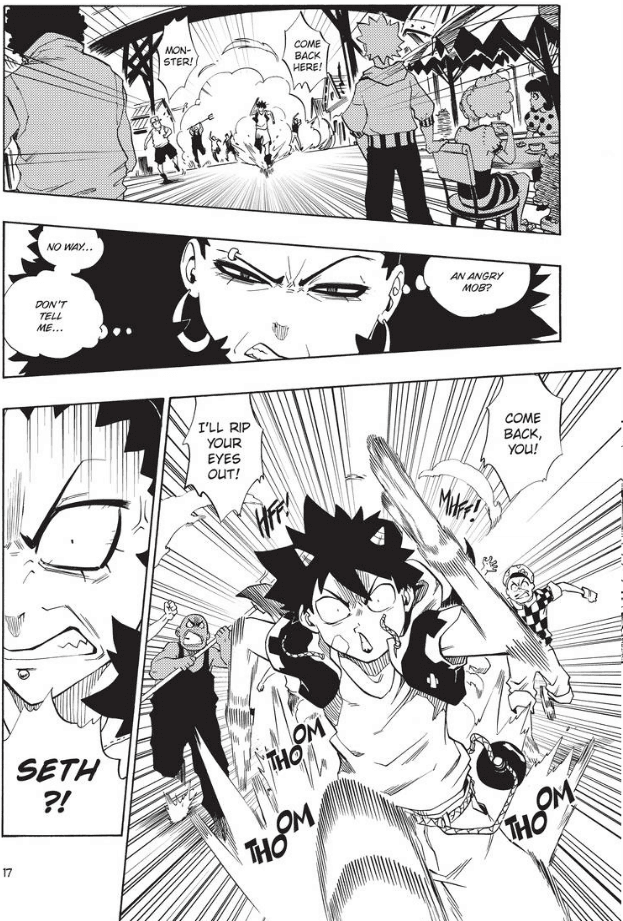 Seth is by no means groundbreaking as a character, but he certainly has potential. We haven’t learned a lot about how unique his bare-handed magic is in comparison to normal wizardry. From the first fights of Volume 1, it’s also a bit unclear whether or not future ones will change much. But, Seth has a strong and wholesome relationship with his master, Alma, someone who immediately became my favorite character. She’s brash but loving and cold with a caring undertone. She gives off classic shonen “I act like I hate my students but touch them and I’ll kill you” vibes. In this regard, one of the likable portions of Seth’s character is how it contributes to their relationship.

If you were to see radiant, this is likely what would make you buy it. The manga’s cover incorporates bright colors and, well, magical scenes. These are evident in the recently released RADIANT anime, but the basis is strong in the manga. Magic has detail beyond just arbitrary sigils in a magic circle. The energy Seth, for example, is able to wield barehanded is drawn well. His movement with quick jumps and twists across a battlefield are pronounced. The design of the characters themselves involves some notable details like poofy hair for some women and adventurous outfits for all. Facial details are also a big point, something I always appreciate seeing in a manga that introduces so many people in a few short chapters. 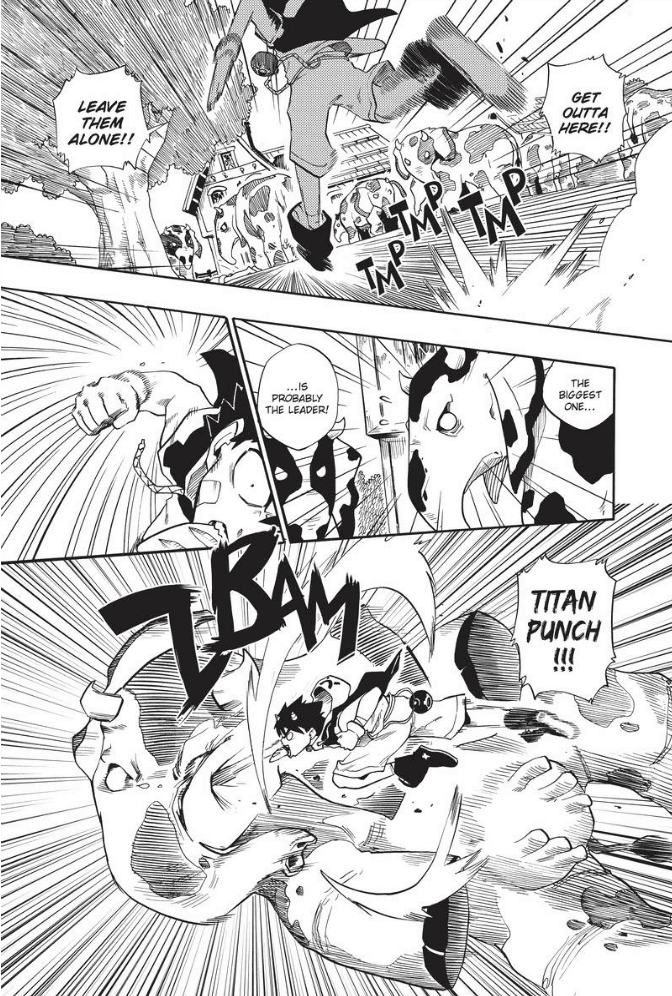 Strong linework, indication of speed, and display of impact from Seth’s punch.

Thus far, the story hasn’t progressed very far. It seems like most of the antagonist won’t really “reveal” themselves until later chapters. Additionally, the fighting panels are occasionally a bit saturated with content. This is to say that while the panel itself looks fantastic, the scope and area of battles and the nature of magical combat lends itself much more to full page panels than 5 small ones. If anything, this is less a bad thing, however. It means this is a manga destined for solid animation, and the manga pages give a good foundation.

All in all, RADIANT is a manga with a solid foundation. In evaluating it, I look both toward the story in terms of presentation and potential. Obviously, there won’t be tremendous plot movement in a first volume. What’s really important is detailing the structure of the world and framing issues. Usually, these issues in shonen are one dimensional, like “save the world.” The reason RADIANT, despite its slow-moving initial plot, impresses me somewhat is the ethical dimension to it. It seems class lines and interpersonal relations are a lot more important to this world. This is likely due in part to how Infected are viewed in RADIANT’s world, and I’m excited to see how that aspect is fleshed out.

RADIANT is available as both an anime and manga. You can check out either by clicking the link to the corresponding version of this magical story.

All images courtesy of Viz.