by Melissa Padilla on September 25, 2018
Anime
2
0
previous article
MY HERO ACADEMIA Episode 62 Review: The Next Chapter Begins!
next article
FREE! DIVE TO THE FUTURE Anime Teases Continuation in 2020

The karaoke company Joysound has released a program on their website allowing fans of POP TEAM EPIC to perform their own voiceovers. Called “dubbing karaoke,” the website lets people perform their own dub for famous scenes and songs from the anime. This follows shortly after announcements of both new POP TEAM EPIC and BOB EPIC TEAM content from the studio.

POP TEAM EPIC is a comedy series most well known for its pop culture references and surreal humor. Starring short-fused Popuko and even-tempered Pipimi, the series runs through varied shorts and parodies. The aforementioned BOB EPIC TEAM parodies the series itself with even stranger content and an odd drawing style.

Where Did This Come From?!

Joysound first announced their POP TEAM EPIC dub karaoke on September 13. Following that, the dub karaoke was available at the event POP CAST EPIC, which lasted from the 15th to the 16th of September. Joysound operated the dub karaoke out of a booth at the convention center, Makuhari Messe. Now, the POP TEAM EPIC dub karaoke has been released to the public through Joysound’s website. It includes some of the most famous scenes from the anime, such as “Beef or Chicken” and “I am God.” Also available are multiple versions of several songs from the anime, like “Let’s Pop Together.” 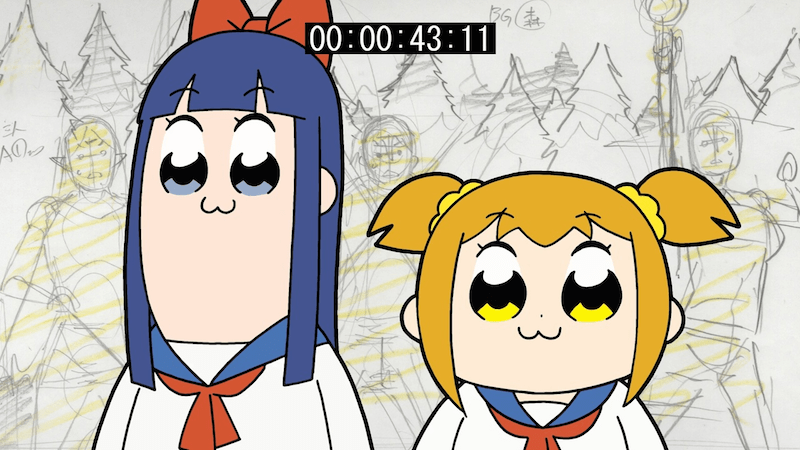 Having dub karaoke fits with the theme of the series. In the first season of POP TEAM EPIC, each episode is actually only about twelve minutes. However, the episode then repeats with different voice actors from the first showing. The new voice actors add their own spin to the dialogue, allowing for different comedic takes on the skits. It helps the anime to stay true to the random nature of the manga, which were 4-koma strips written by Bkub Okawa. Being able to voice your own version of POP TEAM EPIC mirrors hearing your own voice reading the comic strips in your head. And to take it further, it allows the viewers to get in on the making of the content they love.

How to Finally Become Popuko

But first, you need to get a good idea on how to reach the dubbing karaoke. Start off by heading to Joysound’s website. The site is in Japanese, so if you’re like me, you might require your browser’s translation services. Note though that you do require a Joysound account to get full access to the dubbing karaoke. Thankfully, signing up is pretty easy (and free!), so you can still get your POP TEAM EPIC fix. After you’re all signed up, you can use all the features that the site has to offer. You reach the dubbing anime most easily using a phone app, which can connect to other devices as well.

Keep in mind too that Joysound is a karaoke company, and karaoke usually happens with other people. This means that your POP TEAM EPIC dubbing karaoke can be easily shared with friends. If you find yourself in Japan, you can even connect to POP TEAM EPIC clips and songs at actual karaoke gatherings. And if you know POP TEAM EPIC, you know that a group of people coming up with their own ways to read the skits could only improve a party.

Riled up for POP TEAM EPIC but not the voice acting type? You can find the anime through Funimation, and a new POP TEAM EPIC television special will be released on April 1, 2019. A POP TEAM EPIC manga is also releasing next week, October 2, 2018, by Vertical Comics.