Last week, Netflix released the first live-action adaptation of Tite Kubo’s popular anime and manga series, BLEACH. As a fan of both the anime and manga, I went into Netflix’s BLEACH with an open mind. At first, the film stunned me by how closely the movie followed the story of the manga. Similar emotional beats were hit and the casting was really well done. However, as time went on it became clear that there were some budgetary issues, as the special effects & set design ruined an otherwise fun action-adventure.

From The Page To The Screen

Released in Japan in August 2001, BLEACH went on to become an incredibly successful shonen manga. Selling over 120 million copies worldwide, BLEACH had become the sixth best selling manga series, warranting its anime adaptation in October 2004. The anime spanned 366 episodes while the manga finished after the 74th volume.BLEACH follows the story of Ichigo Kurosaki, a high school student who can talk to ghosts. While this may seem like an extraordinary power, no one seems to know or care about his ability.

That is until Ichigo crosses paths with Rukia Kuchiki, a veteran Soul Reaper. As a Soul Reaper, Rukia is responsible for helping lost souls find their way to heaven. If she fails to find them in time, those lost souls transform into massive beasts called Hollows. In fact, Rukia crosses paths with Ichigo because she is looking for a powerful Hollow near him. Shortly after their encounter, Rukia finds the Hollow and proceeds to fight it. Sadly, her efforts are to no avail as the Hollow manages to injure her early in their fight. With no other options, she transfers her powers to Ichigo, who promptly defeats the Hollow. Unable to transfer the powers back to Rukia, Ichigo has no choice but to become a substitute Soul Reaper.

The movie diverges after this point, when Byakuya (Rukia’s brother) and his lieutenant, Renji, arrive. It is forbidden for Soul Reapers to transfer their powers to a mortal. As such, they demand that Rukia take back her power and kill Ichigo. After forming a friendship, Rukia is unwilling to do this, so Byakuya offers a deal. If Ichigo can kill the Hollow, Grand Fischer for them, he may be allowed to live. From here, Rukia and Ichigo must train to defeat Grand Fischer.

It can be hard for actors to portray the larger than life characters found in comics and manga. Luckily, Sota Fukushi did a phenomenal job as Ichigo. Ichigo is an incredibly loving person, despite being a bit of a grouch. Fukushi did well to portray both sides of Ichigo’s character and added some much-needed charm to the movie’s earlier dull scenes.

In fact, most of the acting staff did a great job portraying the characters in Netflix’s BLEACH. Almost everyone, from Rukia (Hana Sugisaki) to Ichigo’s father (Yosuke Eguchi) honored their anime & manga counterparts. My only issue with the casting was that the girls who played Ichigo’s younger sisters were a bit too young. Yuzu and Karin are among the most important characters in the source material and they each have very individual personalities. In the movie, the sisters were just a pair of little girls who never had anything important to say. Luckily they didn’t play too big of a role in the live-action movie, so it wasn’t too noticeable.

As a fan of both the manga and the anime, I thought it was nice to see some of the characters serve an alternate purpose in Netflix’s BLEACH. This kept me interested, as it added more depth to Ichigo’s conflict. When faced with an unexpected enemy, we have to see how Ichigo responds. 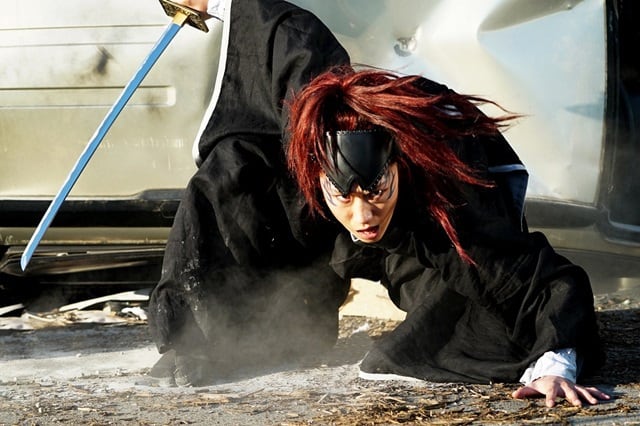 On their own, the antagonists may not have been the strongest. The story didn’t dedicate enough time to developing them in the opening act, because of all of the references to the manga. However, when introduced one after the other, the bad guys were able to emit a very real sense of danger. One villain debuted in the opening scene, while the other wasn’t revealed until midway through the movie. The resulting fight scenes gave us a climax that made BLEACH’s opening act almost feel worth it.

Netflix’s BLEACH honored its source material, drawing lots of inspiration from the manga. It was nice being treated to something familiar, especially when so many live-action adaptations have difficulty actually adapting anime. Don’t believe us? Check out our reviews of the live-action adaptations of DEATH NOTE and FULL METAL ALCHEMIST. Sadly, BLEACH referenced its original counterpart too much in the film’s opening act, making the plot hard to follow. Thirty minutes of the Netflix adaptation felt like twenty episodes of the anime, inundating us with a lot of useless information. 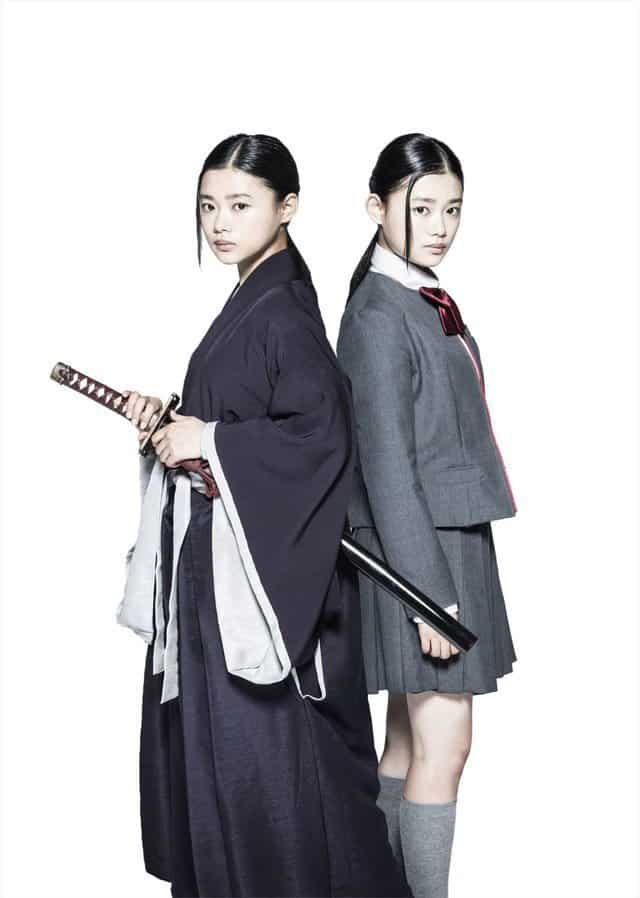 This problem lasted well into the first hour of the film’s runtime, leaving it without much direction up until that point. It’s not often I say this, but BLEACH would have benefited from diverging from the source material sooner. After honoring its predecessor, Netflix’s BLEACH excelled at telling its own story. Once the similarities ended, we were given an arch in which Ichigo had to train to kill Grand Fischer. After the climactic fight, there’s a betrayal that Ichigo must deal with, providing fans with a fun plot twist. The film finally felt like it knew where it was going, giving viewers a reason to keep watching.

Since the opening scene, something about Netflix’s BLEACH seemed a bit off. The set design was okay and the picture was clear, but I couldn’t help but wonder why BLEACH didn’t feel like an epic feature film. Instead of using lots of quick cuts, BLEACH opted for longer shots with fewer cuts. A minor detail, this often made the movie feel amateurish like it belonged on YouTube, not Netflix. The poor wardrobes only made things worse. A lot of the main characters looked more like cosplayers than they did Soul Reapers.

What’s more, the cinematography wasn’t very good. A lot of the shots were repetitive and bland. Simple filmmaking techniques like the rule of thirds were often ignored while any use of symmetry in the frame seemed to be a happy coincidence. The screen needs to be fun to look at if you’re going to spend over an hour staring at it.

Ichigo & Uryu back to back. | Netflix

The poor special effects in Netflix’s BLEACH only added to the film’s poor aesthetic. The fight choreography was amazing, providing fans with amazing, fast-paced action. That’s why it stung so much every time a scene was sullied by poor CGI. Not all of the special effects were bad, and some of the Hollows looked cool, but the CGI in this movie often took attention away from the more interesting scenes, causing more harm than good.

Netflix’s BLEACH is a Mixed Bag

BLEACH made an honest attempt to honor its fans. After berating the viewers with unnecessary information, Netflix’s BLEACH manages to tell its own story, which is a fresh take on a shonen classic. Sadly, poor pacing, weak cinematography, and bad CGI sullied a film with good acting and fun action. 6/10.

BLEACH is now streaming on Netflix.