This has been a treat of a season. Truthfully, I don’t think we as viewers could as for much more from an anime. MY HERO ACADEMIA has quickly managed to climb through several stages of recognition. This is both as an anime with potential and an anime that creates change within a genre. Years ago, Season 1 shocked viewers worldwide. Here was a definitionally shonen series that somehow appealed to Western audiences even better than DRAGON BALL. The nods toward American cinematic heroism were clear. Yet, despite that, there was a peculiar aesthetic that was inherently anime. All the while, tremendous character development and quick, nearly 100% canon world building happened alongside stunning animation. Not only is MY HERO ACADEMIA a hard series not to love, it’s a hard series not to buy into. The characters, story, and flow are extremely compelling.

Episode 63 was a veritable sampling of everything great we’ve seen so far. Usually, anime season-ending episodes contain some sort of cliffhanger. In general, it isn’t so painfully dramatic of one to merit frustration. But, it is always some way to draw in the watcher’s attention. The easiest way to do that is to create some new enemy and drastic problem to conquer. The impetus toward the next season is an external problem being brought to the narrative’s forefront.

MY HERO ACADEMIA Episode 63, “Unrivaled” was incredible to watch because it tossed aside that textbook formula. Rather than stick to a simple villain review with external mystery, there was an internal impetus. This anime has always built solid foundations for its characters, and for good reason. The episode made me want to immediately binge Season 4 not just for the fights to come, but for the growth those fights will prosper in Midoriya and his friends.

To Be Number One

Mirio is and always will be one of the best characters in MY HERO ACADEMIA. Manga readers have been awaiting his on-screen arrival for months. This is for a couple of reasons, all of which also make the episode fantastic. Mirio acts as a useful foil character for a lot of Class 1-A’s powerhouse heroes. Like them, he wields tremendous power. He takes down enemies swiftly with some unreal strength. But, very much unlike a lot of heroes, his power is not inherent to the Quirk he possesses. In his case, “power” is something he had to conceptualize, craft, and nurture like a fire. Slowly feeding it until it shot hot plumes into the sky produces the same effect as tossing gasoline on a pitiful blaze. And, to the faraway observer, both appear the same. 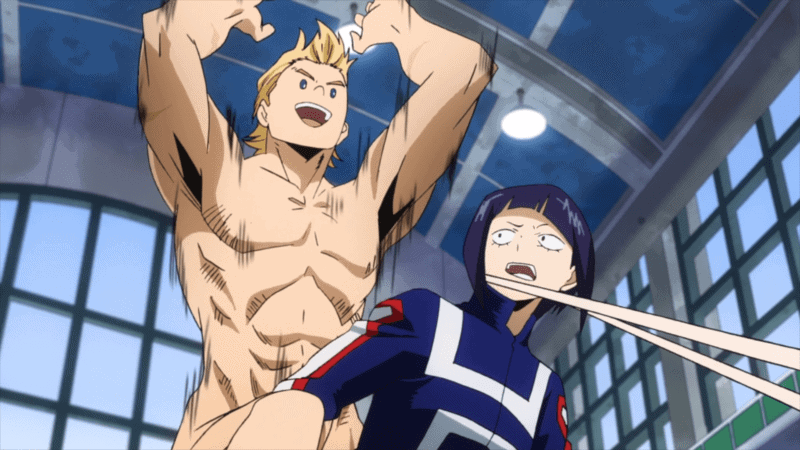 But for Mirio, the substance of his power was something that most students failed to understand. Midoriya was able to grasp it, and the careful interactions he and Mirio had outlined their similarities. Both had to work to make a power with drastic downsides their own. Life as a hero was a matter not of fine-tuning a basic and strong ability but learning to co-opt its bad elements into usable tools. But for the rest of the class, and even Midoriya, it forced them to realize something big: they have an incredible way to go. Pro heroes have always been leagues ahead of the students, and that’s unlikely to change given the difference in age. But by creating such a huge gap between Class 1-A and someone two years their senior, Episode 63 implied an arc of expected growth.

And all of this is before we even encounter a villain!

But all of this is occurring while someone new comes into play. MY HERO ACADEMIA’s newest villain has some interesting tendencies and a still unknown Quirk. But, for a “big fish” as Shigaraki would say to meet with standard villains is important. It speaks to the types of coalition building necessary to oppose hero society. Despite having very different goals for obtaining power, the heroes and villains seek them in remarkably similar ways. Both have lost their overpowered hands, and are resorting to a combination of smaller pieces as well. 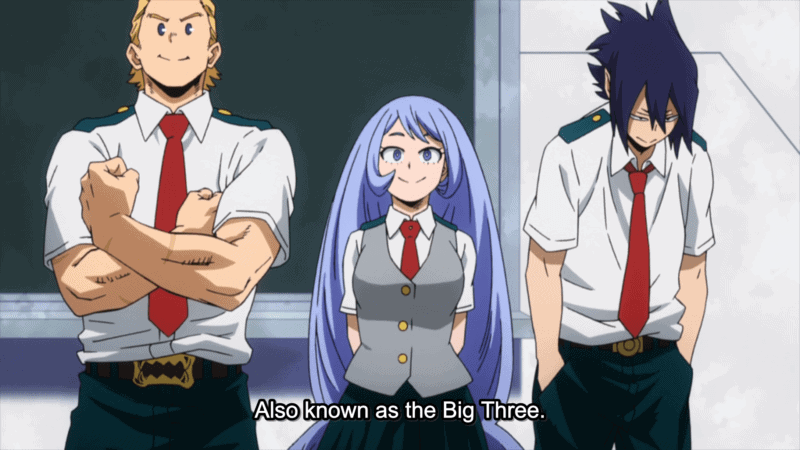 The next season will likely show these three in action! | Image: Crunchyroll

Fighting in the next arc will need to take advantage of this. And, we’ve already been primed for the kinds of operations to expect. The massive joint attack during the Hosu City arc was just one example. Now, Gran Torino is working with police again. Presumably, this implies that the broader investigations into villain movements are colliding with the villains themselves.

In terms of plot movement, this moves the plot forward in a very unique way. MY HERO ACADEMIA can simultaneously build up the power and maturity of its main characters while a threat festers ahead of them. It surpasses the traditional villain reveal by a longshot, especially given implications.

A Fantastic Performance by MY HERO ACADEMIA

Season 3 was incredible. On the whole, it may be one of the best seasons of anime I’ve ever seen. Among shonen, it definitely pushes MY HERO ACADEMIA into my top five. The show had a tentative spot there for quite some time. But, it didn’t become so abundantly clear how great this anime was until more and more mediocre anime surrounded it. MY HERO ACADEMIA has become a new standard for high performing anime series. The rest will need to step up.

We have yet to hear a premiere date for MY HERO ACADEMIA season 4. But, there are still plenty of episodes to rewatch. On top of that, you can check out the fantastic MY HERO ACADEMIA movie and check out our review once you have.