Yes, you’ve read correctly. Japan is using its most iconic form of media, anime, to boost up the Olympics. After a tough bit of bidding, Japan is hosting the 2020 games. We’ve known for quite some time that Japan planned on injecting the major sporting event with its own culture. Like every Olympics, the games are a chance for nearly every country in the world to show off their national pride. For the host, it’s an opportunity to gain international prominence. In some cases, countries can massively boost the spending on tourism and sporting industries. Similarly, in the case of Japan, Tokyo will be doing all of that and highlighting some of the more important parts of the event.

Japan’s Olympic anime takes the form of several short special episodes. These shorts come from Nippon Hoso Kyokai (called “Japan Broadcasting Company” in English but generally referred to as NHK). The company’s overseas-directed broadcasting is funded directly by the Japanese government. So, them taking the reins for a spotlight on the Olympics makes sense.

These three shorts all highlight the Paralympics portion of competition within the Olympics. In essence, it means to bring focus toward a less than mainstream aspect of athletics. Every short combines the general appeal of the sport with quick spurts of personal growth and emotion. The first short chronicles a visually impaired athlete. First, the athlete dazzles some rather boisterous kids he runs across. Then, in a short bit of time, he manages to unite with some random others via the joy of the sport. The second short follows a similar story of a girl and boy navigating the struggles of the girl being wheelchair bound. Over time, they grow together and slowly find that track is something doable with prosthetic limbs, not just organic ones. 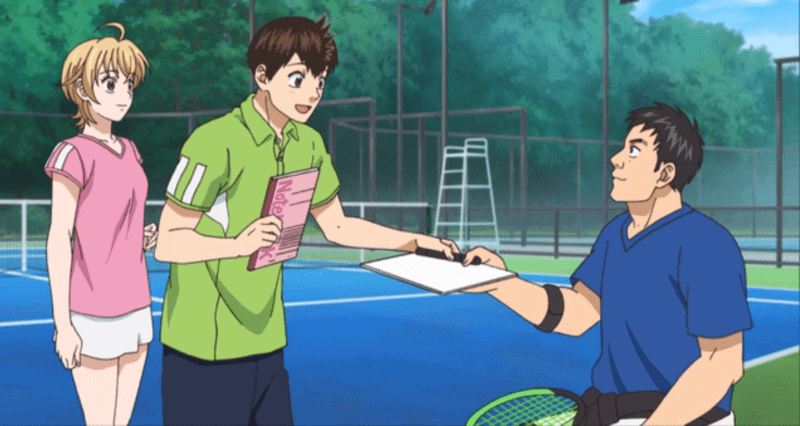 The third short, and the one most spotlighted by NHK is all about wheelchair tennis. The videos for this short come in multiple parts. Notably, each one mixes shots of real-life wheelchair tennis athlete Shingo Kunieda with the anime BABY STEPS. Consequently, we get to see the mingling of real sports with crisp animation. The anime itself aired in the past and was quite similar in feel to PRINCE OF TENNIS. So, mixing it with the live clips of Kunieda makes for a fantastic short episode.

Anime Meets the World of the Olympics!

These shorts are just as interesting as they are well done. Spotlighting something besides the usual popular sports in the Olympics is great. As an anime fan who barely watches live sports, this might pull me in. Either way, Japan has plans to bring even cooler anime-related attractions to its 2020 Olympic games. The iconic anime AKIRA actually predicted the 2020 games nearly 3 decades ago, and Japan is giving them props. Spaces awaiting construction for Olympic events are already sporting images of the anime.

All in all, this is exciting and unique. Moreover, it’s likely a form of creative advertising only Japan is capable of. I’m excited to see where this goes. What sports anime would you love to see the line up with the 2020 Olympic games? Tell us in the comments!