by Celeste Paed on September 20, 2018
18
0
previous article
Does FLAVORS OF YOUTH Live Up to YOUR NAME?
next article
KARAKURI CIRCUS Gets a New Mobile Game!
Contents

It’s been two years since HAIKYU!! aired its third season. Since then, Production IG, the studio behind the hit anime, has been pretty mum about a fourth season. However, it was clear to see that the studio was waiting for the manga, written and illustrated by Haruichi Furudate, to get ahead. Fast forward to last month, when Crunchyroll announced it was bringing HAIKYU!! THE MOVIE – BATTLE OF CONCEPTS to US theaters. The streaming service previously brought BUNGO STRAY DOGS: DEAD APPLE to US audiences for a limited amount of time. Now you’ll be able to watch HAIKYU!! THE MOVIE – BATTLE OF CONCEPTS too this coming September 22 and 23rd.

HAIKYU!! first started airing in April 2014. The anime is a rise-from-the-ashes story about Karasuno High School’s fallen volleyball team. Once a national powerhouse, now the team can barely win a single game in its prefecture. It mainly follows Shoyo Hinata, a too-short-for-volleyball freshman who aims to be the next Little Giant of Karasuno, and Tobio Kageyama, a highly skilled setter whose middle school team abandoned him in the prefectural finals.

HAIKYU!! THE MOVIE – BATTLE OF CONCEPTS is a compilation film of the anime’s third season. In that season, Karasuno goes up against Shiratorizawa, the school to beat in the National Championship. Fresh off their win against Aoba Josai, the team is ready to take it all the way to nationals. But unlike their competitor, the team is in their first five-set match. The movie covers the entire game in a way that is coherent and much like watching a live match. But in its attempt to put together a fluid final match, it loses a lot of the emotional nuances that make HAIKYU!! such a great series to begin with.

Warning: spoilers of HAIKYU!! THE MOVIE – BATTLE OF CONCEPTS ahead.

A Great Game: HAIKYU!! THE MOVIE – BATTLE OF CONCEPTS

It’s pretty common for anime to get movie compilations like this one. It allows for viewers to see a season in its entirety for the length of a regular movie while also adding some fresh, never before seen content. And within the HAIKYU!! series itself, HAIKYU!! KARASUNO HIGH SCHOOL VS SHIRATORIZAWA ACADEMY is a great season to adapt. The season is only ten episodes in length (compared to the 25-episodes of the first two seasons) and only covers the prefectural championship game. 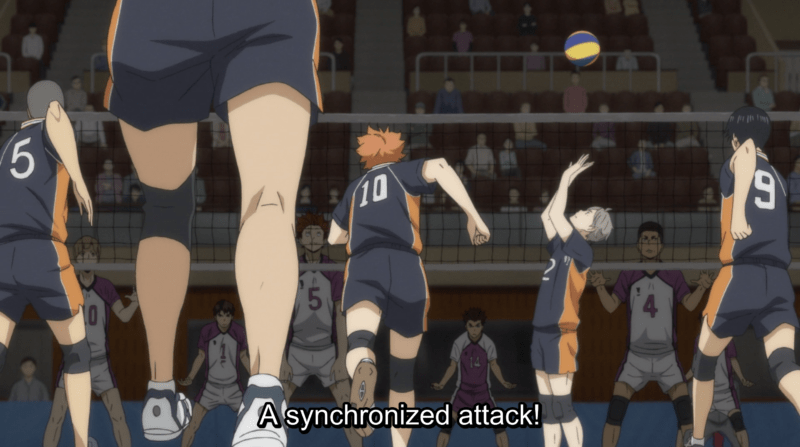 Watching the movie reminded me of what I love so much about this series. Formatting the multi-episode season into one hour-and-a-half long movie really captures the stress of live sports. You can really feel the physical toll this game has on its players compared to watching weekly where you get to relax in between episodes. The match feels more put together this way, where it’s not constantly being interrupted by flashbacks and long monologues. You see the game for how it was truly meant to be watched, in one sitting.

My only main issue with this is that HAIKYU!! THE MOVIE – BATTLE OF CONCEPTS moves by really quickly. A whole set could happen within a blink an eye and its never really made super clear who won each set. Because it is a five-set match, there are specific moments that are given focus, forcing the rest of the game into short montages. There are quite a few of them in this movie. The movie also loses the ability to explain certain aspects of the game, which happens quite frequently in the anime among side characters. These are unfortunate cuts as they take some of the fun out of the game and the series itself.

This has to be my biggest complaint overall. While the movie creates a coherent volleyball game out of the multi-episode season, we lose many of the emotional arcs while others are barely delved into. A lot of character growth happens in this third season. Tsukishima finds his love for volleyball after years of calling it “just a game.” In a flashback, we see how much the third years have grown from being fresh meat on a team content with losing. We see how Ushijima overcame his left-handedness, which is highly uncommon in volleyball. We also see how Satori Tendo found a home within Shiratorizawa after most people pushed him to the side for his strange looks and attitude.

Tsukishima’s arc is the only one we see. But the game overshadows it completely. In the anime, we see the pressure to win build within Karasuno’s players. There are flashbacks to Tsukishima’s practice time with Nekoma’s Tetsuro Kuro and Fukurodani’s Kotaro Bokuto back in Season 2. But the flashbacks fail to show Tsukishima’s own frustrations during the game and how harrowing it was when he got injured. 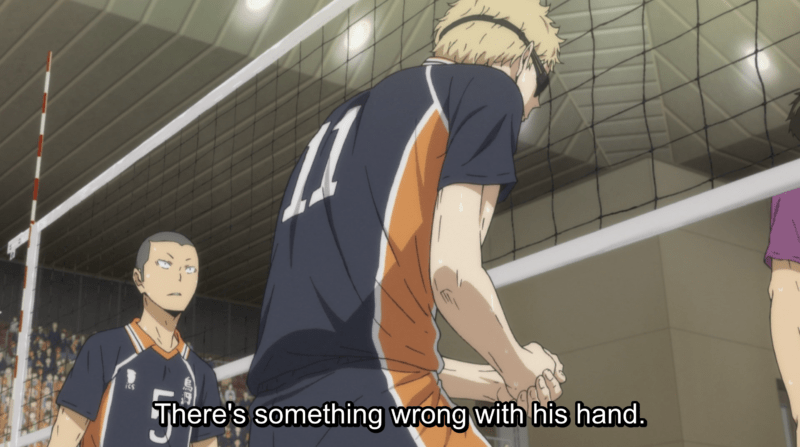 A terrifying moment for Tsukishima loses its punch. | Image: Crunchyroll

Without these scenes, the final moments of the movie lackluster. I remember crying when Karasuno wins in the manga and in the anime. I didn’t shed a single tear while watching this movie. These emotional arcs are a testament to the struggles each character has faced, which makes Karasuno’s win all the more satisfying. HAIKYU!! THE MOVIE – BATTLE OF CONCEPTS didn’t have any of that, and it’s rather disappointing.

Still Worth a Watch

Regardless of the movie’s shortcomings, I still think HAIKYU!! THE MOVIE – BATTLE OF CONCEPTS is a good watch. As a huge HAIKYU!! fan, I loved seeing my favorite anime characters grace my screen once again, even though I had technically seen it all before. The game itself is enjoyable and brings back a lot of the feelings I had the first time around. If anything, it made me wish for a fourth season announcement and the official return of my favorite anime.

HAIKYU!! THE MOVIE – BATTLE OF CONCEPTS is showing in theaters for two more nights only. Visit Crunchyroll Movie Night’s website here for showtimes in a theater near you. But if you can’t make it to a screening, all three seasons are available to stream on Crunchyroll. There are also currently 26 volumes of the manga out with VIZ Media if you want to get ahead of the anime. With three seasons of anime alongside the movie and manga, this is the perfect time to try HAIKYU for yourself!

by Melissa Padilla on August 28, 2019
Cursed content or wholesome themes? SARAZANMAI says you don't have to choose. Can this bizarre kappa anime complete the tightrope walk it's attempting?

by Summer Buffin on November 25, 2018
NATSUME'S BOOK OF FRIENDS: TIED TO THE TEMPORAL WORLD seamlessly recreates the atmosphere of the main series in this wholesome new film!