On Friday, August 30, the first twelve episodes of CAROLE & TUESDAY began streaming internationally on Netflix. Up until this point, the show had only aired on Japanese television. After positive reactions from Japanese fans, people around the world can now enjoy the original music and sci-fi setting of this new, unique show.

CAROLE & TUESDAY takes place in the future on an established Mars colony. In this world, AI produces most of the culture. Two girls from different worlds meet by chance and unite over their shared love of music. Carole is a part-timer in the city, and Tuesday is a wealthy suburbanite. Both dreaming of being musicians, they become partners to work toward their dreams together. Despite their humble start, Carole and Tuesday begin to make waves in their community.

Brainchild of Shinichiro Watanabe, the mind behind classics like COWBOY BEBOP and SPACE DANDY, people have high hopes for CAROLE & TUESDAY. Thankfully, the show’s clips already advertise both its humor and creativity.

An Out of This World Team

CAROLE & TUESDAY promises to be a sensory treat. Studio BONES, the team behind FULLMETAL ALCHEMIST, MOB PSYCHO 100, and MY HERO ACADEMIA, does the animation. Music production was headed by Mocky and FlyingDog. To get the full range of sound that makes this anime unique, both of the main characters had multiple voice actresses. Both Miyuri Shimabukuro and Nai Br.XX give voice to Carole. Then, Kana Ichinose and Celeina Ann voice Tuesday. While Shimabukuro and Ichinose are voice actors by trade, Nai Br.XX and Celeina Ann are both professional musicians. They produce the songs for the anime in English. All other singing characters have musician voice actors as well. 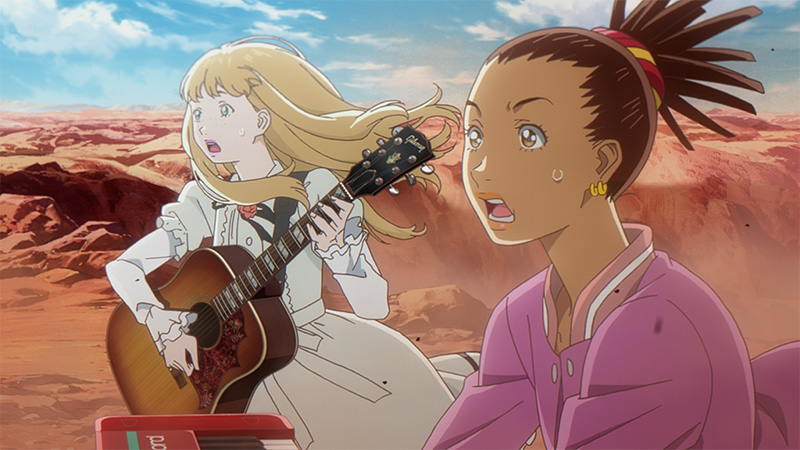 Making music is more complicated than it sounds. | Image: CaroleandTuesday.com

Netflix is the exclusive international host of CAROLE & TUESDAY. They have a special deal with Fuji TV, the Japanese broadcaster of the show, as part of their +ULTRA block. As the show is still airing in Japan, Netflix only uploaded the first twelve episodes. When the series finishes, the rest will be added at a currently unnamed date. In the meantime, you can enjoy this initial stream in both English subs and dubs. Some of the other language options include French dubs and subs, Spanish dubs, Polish subs, Arabic subs, and Brazilian Portuguese dubs. Wondering how this can work when the aforementioned original music is one of the show’s biggest draws? Never fear; you can still experience the same work Japanese fans fell in love with. CAROLE & TUESDAY’s music remains unchanged from the original dub.

Carole and Tuesday Pave The Way 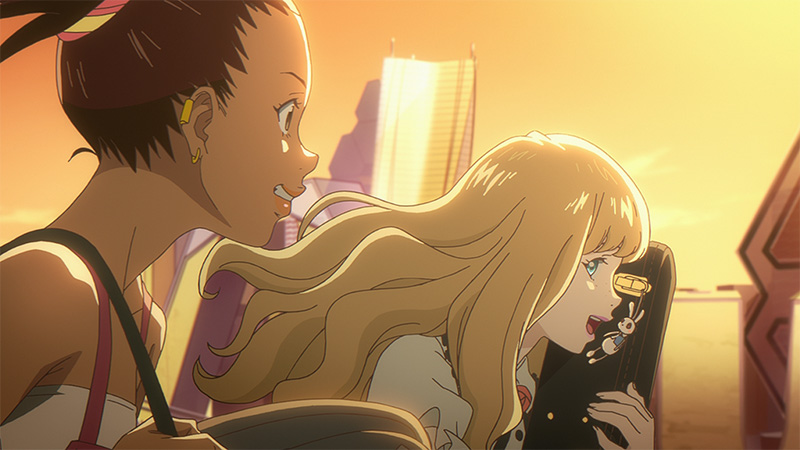 These two have a lot in store. | Image: CaroleandTuesday.com

CAROLE & TUESDAY is just the tip of the Netflix anime iceberg. Fuji TV’s deal with Netflix means that all shows currently on the +ULTRA block will eventually be online. Some current and future titles to look for include BEASTARS, REVISIONS, and BNA: BRAND NEW ANIMAL. Aside from +ULTRA programming, Netflix will be coming out with another two anime in the next few weeks. Look forward to MODEST HEROES – PONOC SHORT FILMS THEATER and KABANERI OF THE IRON FOREST: THE BATTLE OF UNATO.

For now, though, catch the first half of CAROLE & TUESDAY! Does it live up to the months of hype? Let us know in the comments below!