by Jay Gibbs on September 17, 2018
40
0
previous article
THE WIZARD AND HIS FAIRY Vol. 1: Tropes as Old as Time
next article
Being an Adult is Hard in THE DELINQUENT HOUSEWIFE Vol. 1
Contents

ATTACK ON TITAN is one of the only anime out there to successfully map out and execute multiple phases in a single arc. In this case, the battle against Rod Reiss has been mounting for weeks. Initially, the Reiss family was but an obscure political opponent. Eventually, he became the truest adversary within the walls, but not necessarily a villain. It was never completely clear whether any given outcome in ATTACK ON TITAN was the correct one. At this point in the series, we are aware that Reiner and Bertholdt belonged to some civilization outside of the walls. But, Season 3 had to resolve the political tension within the walls first. This sets up a future where it is more than likely that humanity will have to contend with external threats. We’ve already seen that these enemies are formidable, capable of taking out entire squads.

So, resolving this season’s conflict was of the utmost importance. But what made Episode 46 so incredible is that it didn’t neglect the reality of a post-coup society. The Scouts cannot simply install Historia as Queen and call it a day. They have to find a seat for her to take, place her in it, and convince the world that she should be in it. Legitimacy was the wall that Erwin and his soldiers had to destroy for the coup. But, in the aftermath of their handiwork, it was necessary to rebuild it somewhat.

This is the part of the episode, apart from fighting Rod Reiss’ massive Titan form, that was most compelling. It made the episode incredibly deep and resolved the conflict in a great way for ATTACK ON TITAN’s plot.

The World So Far

In the previous episode, Rod Reiss had assumed his massive Titan form after failing to recover Eren. Historia, finally realizing the extent of her father’s gaslighting and manipulation, refused to consume Eren to steal his power. She, like the majority of the society in the walls, is unsure of what pragmatic outcomes are best and who can promise them. However, what she does know is that problematic motivations usually correspond to problematic outcomes. So, she made the decision to put faith in the Scouts and her comrades. Reiss, having lost all hope of recovering power and authority, chose to become a Titan himself and surrender his humanity. 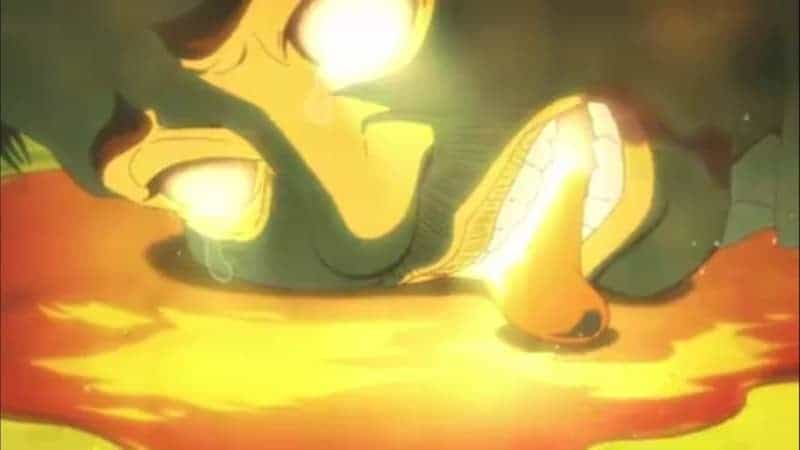 I wonder what Titan juice tastes like | Image: Crunchyroll

Reiss’ Titan is so humongous that ATTACK ON TITAN opted for CGI instead of traditional animation to show its movement. Like the Colossal Titan, his high body heat creates a massive column of steam everywhere he goes. Reiss’ Titan is even bigger than Bertholdt’s such that his heat causes forest fires and is impossible to come close to. As an abnormal, Reiss prioritizes the highest population dense areas. So, the Scouts were forced to decide how to deal with a looming catastrophe.

Erwin’s plan was creative but tragic. Given that Reiss’ Titan was an abnormal, any evacuation of the outer cities would make him switch trajectory. Recall from Season 1 that the primary purpose of the outermost town on the walls are to serve as bait. Titan’s gather outside of these cities’ walls. Because they’re all in one relatively close location, the Garrison can then use wall-mounted cannons to take them out. Erwin’s plan made use of that unique scenario to confine Reiss to one path and maximize opportunities for victory. But, this meant that they had to convince the citizens within Orvud district to serve as bait. No one would voluntarily do this or listen to an explanation. So, it became necessary to trick them. 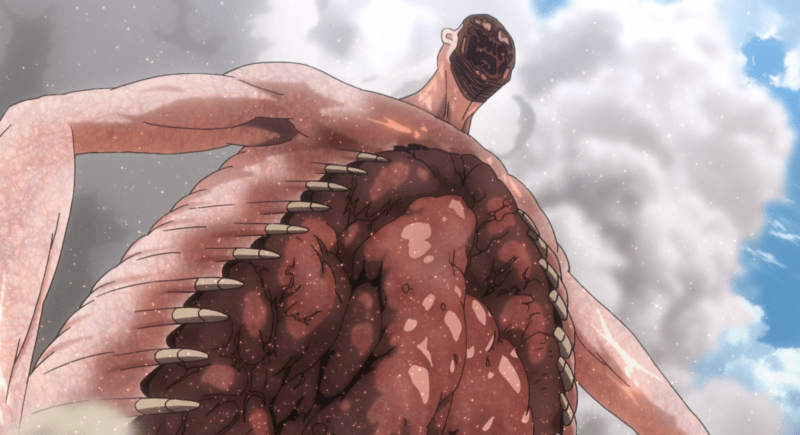 Within the series, this has huge thematic importance. We saw a lot of Eren’s characteristic sad introspection this episode. There was also quite a bit of development for Historia and some for Levi too. But, the biggest changes were without a doubt in the attitude of the army themselves. We’ve known that Erwin, Hange, and even Pixis aren’t averse to using clever tricks. But they were almost always used to combat other lies being pushed by the nobility of the walls. These are some of the most mass objectifications of civilians since the coup.  It signals a change in the Scouts’ thinking away from the emotionally volatile style of early seasons. Now, they’re all prepared to risk lives en mass because they’re thinking ahead of the alternative.

This all was a slight, but important detail that ATTACK ON TITAN’s dialogue communicated beautifully.

All of this was needed to solidify Historia’s reign. Just like when the Scouts were exposing the false Royal Family, they needed proof. This, in past episodes, almost always had to be physical. A visual representation of a lie is much harder to deny than a spoken one. People are bad at understanding the logic of deceit unless they themselves are party to how that deceit was discovered. But, when reality is quite literally tossed into their faces, they believe. 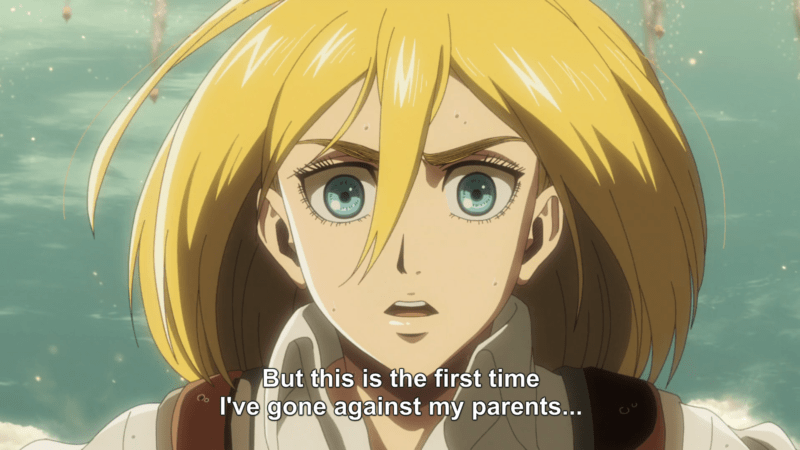 Historia choosing to reject Erwin’s order and attack her father’s Titan is super great for her as a character. While the manga did fine in making sure her growth got a spotlight, movement and sound boost it a lot. Historia began as a quiet character in ATTACK ON TITAN. Even the tone and candor of her speaking was timid and relatively respectful. Now, she speaks strongly, in a regal manner. She denied Erwin’s orders because, at that moment, she had already become Queen of the walls. The only thing missing was telling the world what was already true. Plus, she was a total badass cutting her own father down.

Her development has been one of my favorite arcs in the series, especially considering the emotional ramifications and outcomes of it. I’m sure many fans can say the same given the fantastic leader she’s become.

A New Era in ATTACK ON TITAN!

The arc is coming to a close, and, with Reiss absolutely demolished, only two things remain. Formally confirming Historia as Queen of the walls, and sealing the hole in Wall Maria. The former will likely carry some logistical difficulties. The previous leadership likely has some really strong coalitions that’ll need to be repurposed. Letting someone rule who has vastly different motivations from the ultra-capitalist nobility of the inner walls — it will be interesting to see how ATTACK ON TITAN reconciles that.

As for the walls, it seems like an easy fix. All Eren has to do it transform and form a structure similar to what he used within Reiss’ chambers. But what’s most interesting is what might happen afterward. Once ATTACK ON TITAN resolves the tensions within the walls, the story will have to turn outward. So, we can certainly look forward to more interactions outside of known society. Reiner and Bertholdt are still out there. The military complex that commanded them to attack humanity is still out there. And, the strange man controlling the Beast Titan from back in Season 2 is still out there.

ATTACK ON TITAN has crafted a strong, compelling story with great action and legitimate politics. It’s rare to see that in any anime, let alone shonen. This episode furthered that unique element of the series and pushed the plot in fantastic ways. My only real complaint is that jarring CGI.