by Jenny Zheng on September 23, 2019
Manga Analysis
4
4700
0
previous article
The Top 5 Seinen Manga of All Time
next article
Kizuna AI and Four Apps that Let You Be The Virtual Girl

This June marked the 10th anniversary of NANA by Ai Yazawa going on hiatus. After looking up NANA again earlier this year in my annual pilgrimage of checking on the series, I was shocked. Nana went on hiatus June 2009, which, yes, does make this year the 10th since we said goodbye to Nana and Hachi.

The combined jolt of realizing, I’ll say it again, 10 years ago (!), made me hurtle back in time to when I first discovered the manga. Struggling with dial-up, I remember I pleadingly loaded every precious page of NANA and made dramatic wallpapers. To celebrate this anniversary milestone, I explore where I’ve traveled from Nana and Hachi since first encountering them and how they honestly are one of my most formative influences. This is a love letter to the girls, sealed with a virtual kiss.

NANA: It’s All About Girls 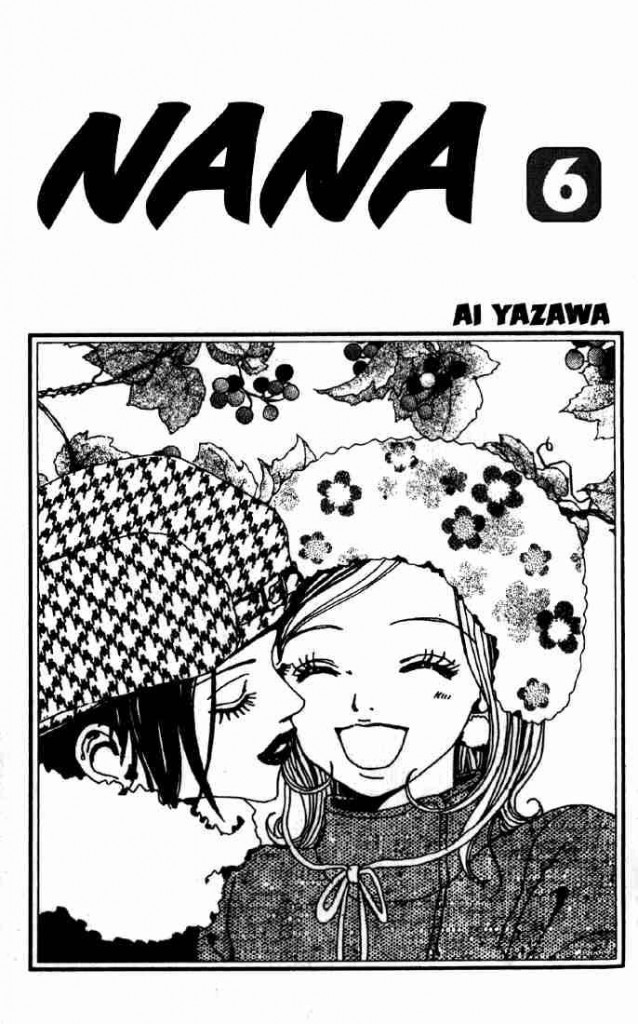 For the uninitiated, NANA is about two very different girls moving to Tokyo and trying to make a life there. Nana K. (Hachi) is a boy crazy girly-girl who is kind of aimless in her career goals but is truly a loyal friend with a heart of gold. Nana O. is a goth-punk cool girl who is trying to make her musical career take off with her band, Black Stones. The story revolves around them and their friends in their pursuits of defining and trying to find happiness. The comic ran in Cookie magazine until 2009, when the series went on hiatus because Ai Yazawa fell ill.

Since the time I encountered NANA, it’s always been a constant presence in my life. At times, when making a bad romantic decision, I’d laugh to myself and briefly think, “This is totally a Hachi move.” Or if I needed a little bit of courage, I’d channel Nana O.’s everything.

Like many readers, I had an embarrassingly ginormous crush on Nana O. Her bold look and personality, her determination to chase her rock music dream were endlessly inspiring to my young gay, tender heart. But more recently, I guess I’ve been thinking of her because I’ve pulled a Nana. Earlier this month, I moved to New York City to pursue my more creative outlets. Stupid, cliche, and fiscally irresponsible, but really, when is the best time to try and fail than in your early twenties? 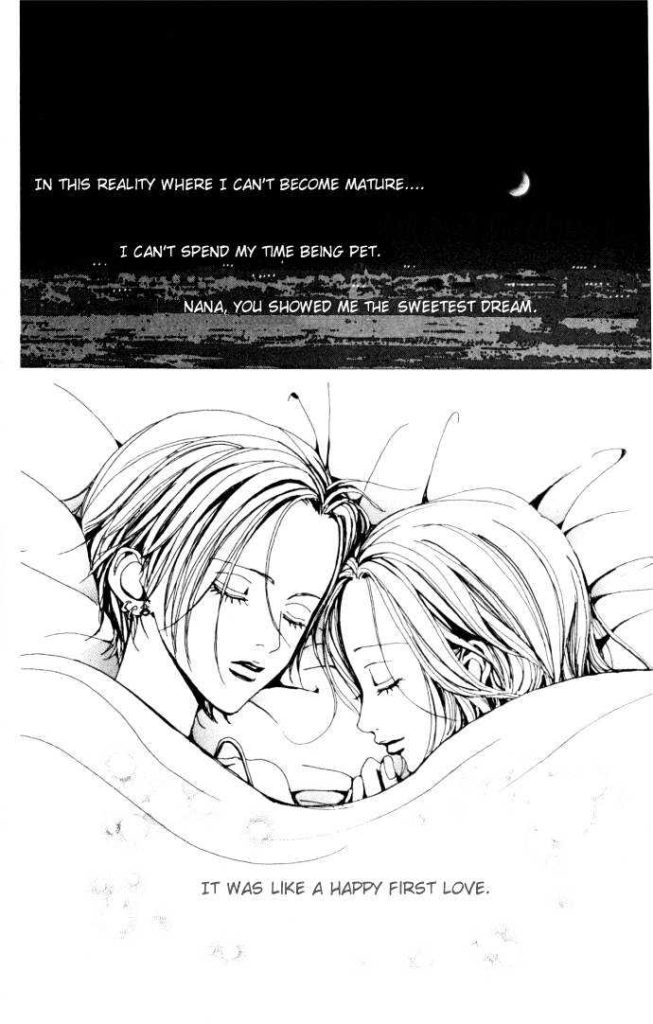 Well, okay. If I’m being painfully honest, it’s been hard. Even admitting that it’s been hard is difficult. I’ve been loathe to admit these suffocating thought in my chest. I’m just at the beginning of my creative journey. If I think it’s hard now, am I actually prepared to handle things that will be undoubtedly harder?

But the truth is, I’m currently feeling anxious and fearful, emotions that prevent me from maximizing my pursuit of what I thought I wanted. I’m at a standstill that feels deathly. I couldn’t even watch CAROLE & TUESDAY, a 2019 anime with a similar premise to Nana, “Two girls meet in the city and chase their dreams together.” It felt too bright, too shiny, for what it actually feels like to attempt something really stupid in a completely unknown place.

That feeling, that reaction to CAROLE & TUESDAY made me pause. I thought something to the effect of an incredulous, “What the hell?”

When I was reading NANA those many years ago, I felt excitement, admiration, and thrill at seeing Hachi and Nana O. navigate dreams, love, and life in a totally unknown environment. It was the first comic I read that was everything about girls: their dreams, their fears, their relationships, their desires, their shortcomings. Ai Yazawa didn’t shy away from the ugly or the good: the story was fantastically and depressingly realistic. At first glance, it seems like Hachi is shallow, aimless, completely unlikable, but Ai Yazawa provides deep introspection into how she thinks about herself, the world, and the way she’s been socialized. It was the first time I saw an author treat female characters, with all their flaws and mistakes, seriously and with great care. 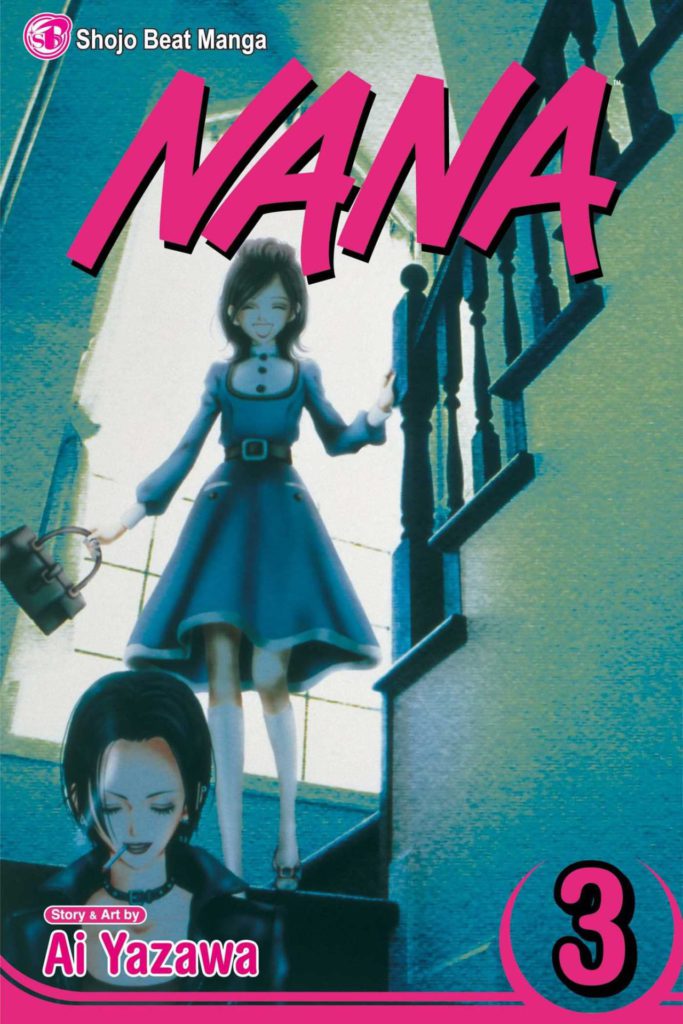 I felt starstruck, at the cusp of an epiphany. Because here’s the thing: when you’re growing up in a conservative place as a timid, closeted femme kid who doesn’t even know they’re closeted, you mistakenly think you need permission to exist. Or at least, the conception of what you can aspire to is severely limited. Most of the time you’re awkwardly looking for the “appropriate” script. Looking at Hachi and Nana O., my worldview was upended. These glitzy fashionable characters with distinct personalities and flaws pursuing different definitions of happiness dazzled me. I wanted to live like Hachi and Nana O., and I wanted the capacity that Ai Yazawa had for understanding them both. I wanted to consider seriously my dreams, my fears, my desires, my relationships, my shortcomings, and my mistakes.

NANA: Coloring Outside The Lines

For all that, NANA is a stereotypical Shojo manga (heterosexuality is rampant, and people make dumb heterosexual decisions). But it surprisingly deviates from the usual script. At the core of NANA is not Ren (Nana’s boyfriend) and Nana’s relationship nor is it Hachi and her romantic entanglements. Rather, the story centers on Nana and Hachi. Their relationship is the most important, the beating soul and blood of the series. Hachi is still the only one waiting for Nana in Japan and believing she’ll come back after Nana disappears. Hell, Hachi is the one who really believes in Nana’s dreams and aspirations the most out of the entire cast. (And yes, that includes Ren.) 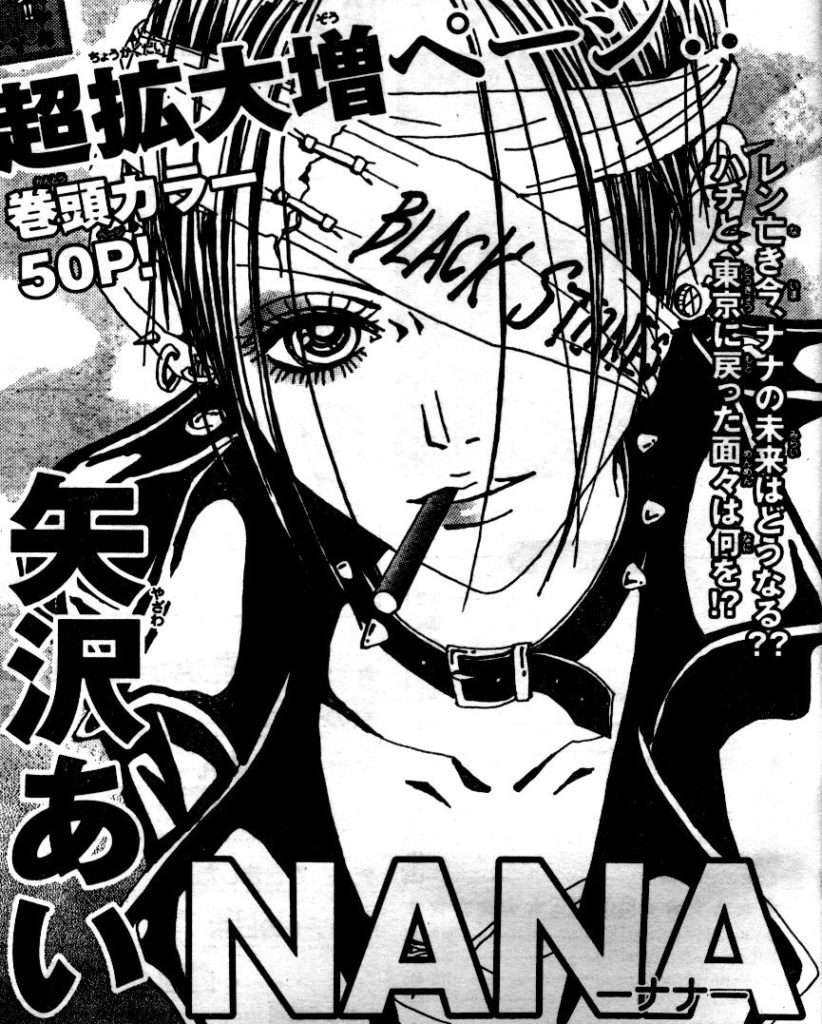 You could not believe how that shook up my entire world as a kid. This was living proof that you could have whatever the hell relationships you wanted. You don’t need to adhere to some relational script by society! You can have clumsy families like Hachi and her motherly relationship to the youngest member in the friend group, Shinichi. Yasushi, who is Nana’s oldest male friend, understands Nana on another level than even Ren. And that’s okay! Amazing!

This simple comic really opened my eyes to what the possibility of living outside of lines looked like, in regards to love and the things most important to us. And it meant the world to me that it was two girls, together, negotiating societal and emotional lines.

So 10 years later, how did I get here? Why is looking at two girls trying to make it work too painful to look at directly? Am I still the same kid who cheered Nana O. when she struggled with her abandonment issues, but never gave up on forming meaningful relationships with Hachi and with Ren, her boyfriend? I never turned my eyes away from Hachi and Nana’s journey. Why can’t I look at my own with the same love?

The kid who had an embarrassing crush on Nana was much more honest and likable than the me today. I used to think I never wanted to go back to being that timid person. But right now, I can’t help but think the kid who was able to fall in love with Hachi and Nana has something I need right now. Because at least while that kid wasn’t able to love, they at least still wanted to love.

Do I remember love? When did I forget it?

A Love Note, As Promised

You might think it’s ridiculous to think so much about a comic I read 10 years ago. And I admit, there are elements of this article that are seriously cliche! (I know, Person X moves to big city to do what they want, is struggling, cue the American Narrative Cliche.) But hell, love is fucking cliche. Love notes are even more cliche, and yet…

To Hachi and Nana, thank you. Through ya’ll, I learned that I wanted to love deeply and tenderly. I want the bravery to sit through my own story, no matter how ridiculous and depressing it gets.

Here’s to being a messy femme, to making mistakes, to wanting everything that we want in spite of our shortcomings and our flaws. Here’s to coming out of however many damn closets there are, to wanting to love, and to ripping every script apart.

I hope to see you guys again someday.